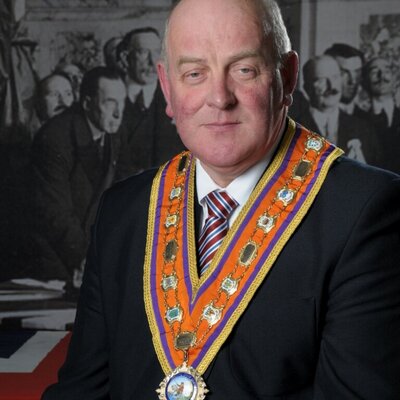 In April 2018, The Orange Institution announced plans for a designated victims’ day which was to be held later that year.

It was intended to be an annual event specifically to honour the Orangemen and one Orangewoman murdered by terrorists during the Troubles and also highlight the ongoing plight of the injured and bereaved.The inaugural Orange victims’ day took place on Saturday, 1st of September.

On that date in 1975, IRA gunmen stormed into Tullyvallen Orange Hall in rural South Armagh during a lodge meeting, and indiscriminately murdered four Orangemen. A fifth member subsequently died later as a result of the injuries sustained.

Whilst this date is synonymous with the Tullyvallen massacre, the Institution has chosen to use this day to commemorate and highlight the losses suffered throughout the organisation during the terrorist campaign.

Living myself in close proximity to the border in west Tyrone, I am personally only too aware of the losses endured by individual lodges.
In my own home county, 85 Orange members, including Orangewoman and UDR corporal, Heather Kerrigan, were murdered. I personally knew numerous victims and attended many funerals in a turbulent period of our Province’s history.

It is indeed a stark and harrowing statistic that almost 10 per cent of all those killed throughout the four decades of the Troubles were members of the Orange Institution.

In addition to those murdered, many hundreds of Orange members, and their relatives, were left with life-changing physical, mental and emotional injuries because of the terrorist campaign.

When I was elected Grand Master in 2011, I made a pledge the innocent victims of the Troubles and their families would remain a key priority for the Orange Institution.
I believe victims’ day is a clear and public demonstration of our promise to those most affected by the unspeakable acts of terrorism.

Published on the 1st of September 2021
Article taken from the The Grand Orange Lodge of Ireland
Share this: