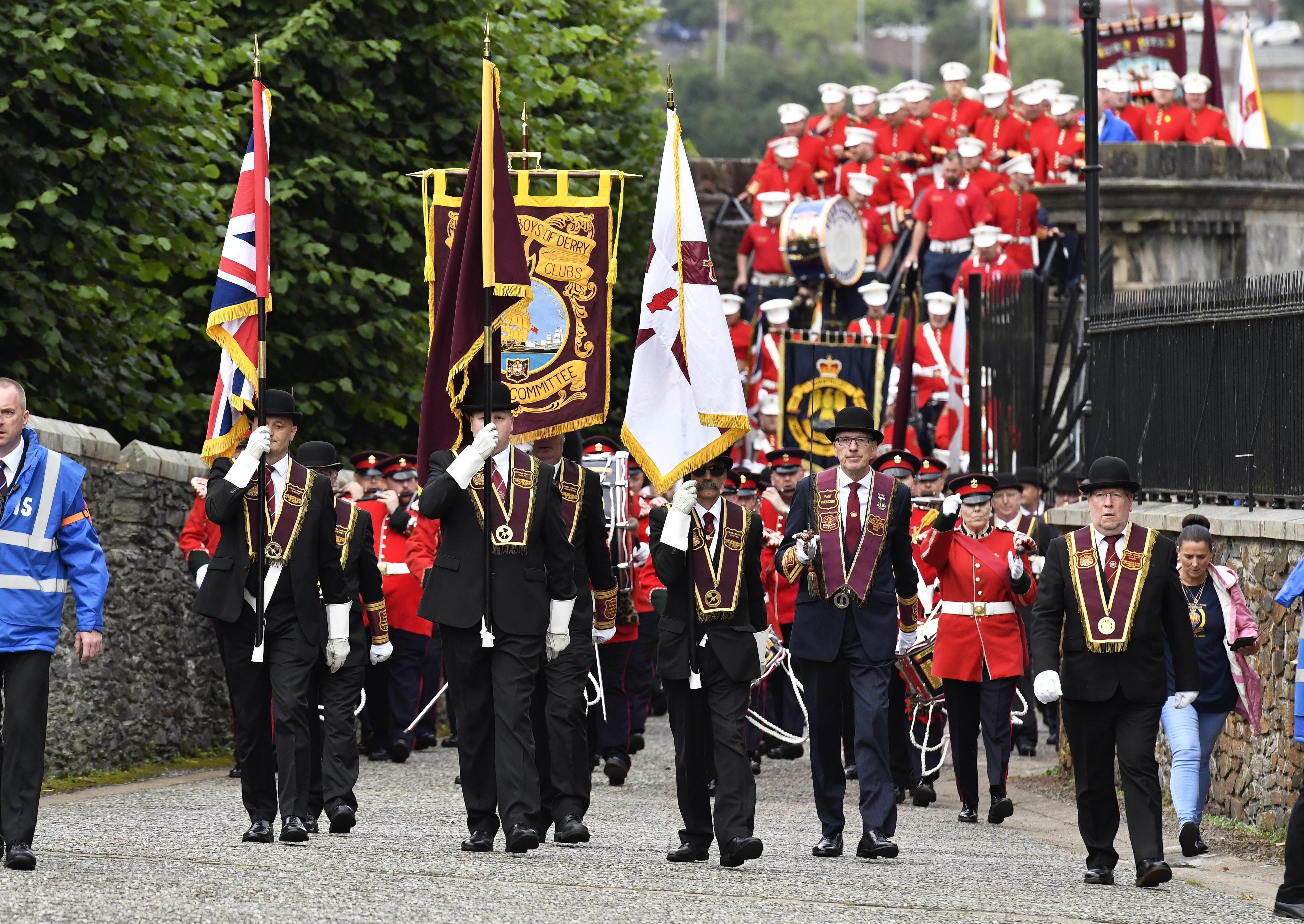 The Apprentice Boys remain hopeful some options for celebrating the Relief of Londonderry this August will be allowed under coronavirus restrictions.

The largest single event in the parading calendar usually takes place in Londonderry on the second Saturday in August, to mark the events of 1689 and the relief of the city.

But the Apprentice Boys General Secretary Billy Moore has said that while no formal decision has yet been taken, it is “very unlikely” any large-scale parade will go ahead this year.

He told the News Letter the organisation is, however, exploring options to mark the occasion in other ways.

“At this moment in time we are obviously watching what is happening both locally and throughout the United Kingdom, and if you were to ask me right now if there is going to be a parade I would have to say probably not,” he said.

“But we all live in hope. It is 14 weeks away so we live in hope that something dramatic may happen even if that is highly unlikely.

“And even though we may not be able to have a parade we hope that there are other traditions that we may be able to implement to carry on the tradition of the relief of the city in 1689.”

“These are options that we are looking at so as to continue the traditions but it’s too early to say if even these are applicable or permittable at this moment in time.”

Mr Moore added: “We don’t want to make any formal statements until such time as we know what we have in place.”

Published on the 30th of April 2020
Article taken from the News Letter
Share this: