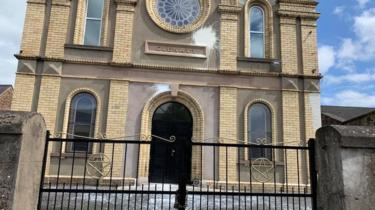 Police are investigating a report of criminal damage to an Orange Hall on the Main Street in Glenavy.

BBC News NI understands that the incident is being treated as a sectarian hate crime.

The PSNI said that jars of white paint are believed to have been thrown at the building sometime between Sunday night and early Monday morning.

Superintendent Davy Beck said that it is clear that the local community do not want to see this type of activity.

Alliance Party Councillor for Lisburn Castlereagh and City Council, David Honeyford, said the attack was “a pointless attack on the entire community that only leads to further division”.

“I find it disgusting that a small number of individuals would choose to attack the hall in our village,” he said.

“Orange Culture is part of what makes up Ireland and should be respected by everyone.”

Published on the 22nd of July 2019
Article taken from the BBC News Northern Ireland
Share this: