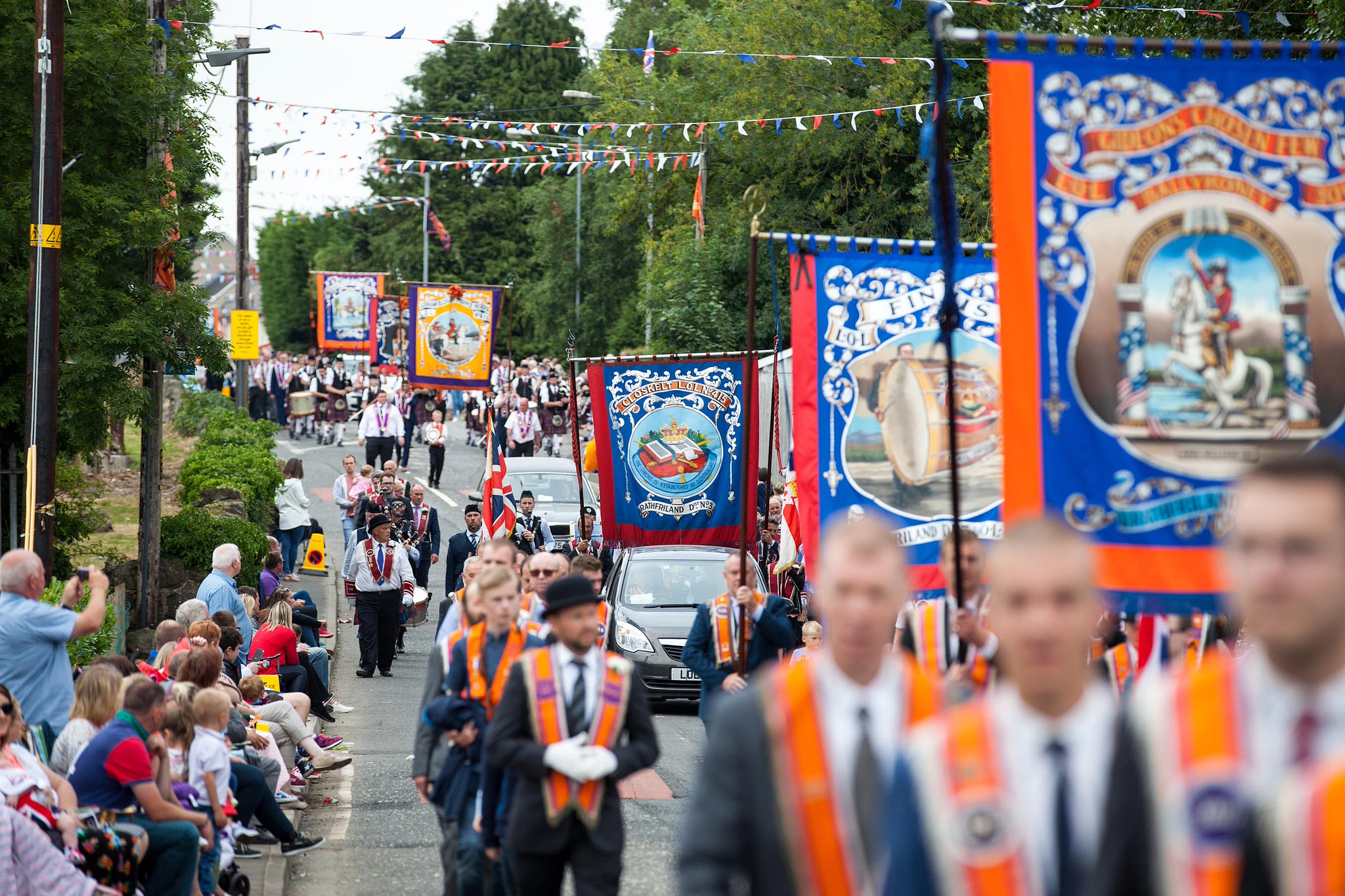 The Orange Order have just published a comprehensive list of July 12 venues, 2019.

In a statement the Orange Institution has confirmed the 18 venues across Northern Ireland which will host Twelfth of July demonstrations this summer.

They say that with only three months to go, preparations are at an advanced stage for the principal day in the parading calendar, with tens of thousands of people expected to participate or spectate in what is widely regarded as the largest annual festival in the Province.

As is tradition, Armagh will once again host the biggest Twelfth gathering ‘in the world’ as Orangemen and women from across the county congregate in the village of Tandragee.

A large Scottish contingent is expected in Belfast, as the city holds the longest Twelfth parade on the day, with participants walking over six miles to the field.

The city centre route is revised this year due to redevelopment works at the Primark site.

Alongside Ballymena, the capital stages a Twelfth demonstration every year.

Grand Master of the Grand Orange Lodge of Ireland, Edward Stevenson, hailed the enhanced cultural experience offered by the yearly celebrations. “Once again this summer, the significance of Orange traditions will be underlined by the scale of our parades,” he said.

“Surely there is no other event on these islands that can bring such vast numbers of people onto the streets to enjoy our processions, either by taking part or simply to watch them go by. It is a custom which has been maintained for over 200 years, passed through generations, and will continue to be upheld for many years to come.”

Mr Stevenson will be in attendance at the Ballyronan demonstration.

The senior Orangeman added: “We continue to welcome an increasing number of international visitors to our celebrations who are keen to experience first-hand the spectacle of the biggest day in the parading calendar. “High calibre music provided by some of the finest marching bands will only add to the festival atmosphere. We look forward to another glorious Twelfth.”

Published on the 11th of April 2019
Article taken from the News Letter
Share this: